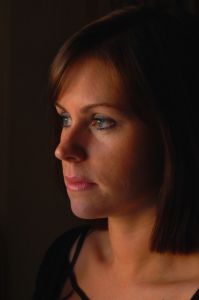 A recent study conducted at the University of California, Los Angeles has confirmed that men and women who got married after having doubts were more likely to divorce. The study was conducted over a four year period and involving 232 newly married couples to determine whether premarital hesitation was a true indication of trouble to come, or simple anxiety about a life changing event.

The question proposed to the group was very simple, "Were you ever uncertain or hesitant about getting married?" The simplicity of the question only required a yes or no answer, without elaborating about why the individual was hesitant. The average age of the men at the time of marriage was 27 and the average age of the women was 25.

The lead author of the study, UCLA Doctorial candidate Justin Lavner, said that newlywed women who had premarital doubts prior to marriage were 2.5 times more likely to divorce within four years than those without doubts.

Interestingly, 47% of the men had doubts compared to only 38% of the women. However, the study, published in the Journal of Family Psychology, found that the doubts of women were better indicators of trouble in the marriage.

Husbands and wives who had doubts and were still married after four years, were considerably less happy than those who had no doubts. Another finding of the study indicated that although neither partner in 36% of the couples questioned had any doubts whatsoever about getting married, 6% of them still got divorced.

The study reveals that couples are going to be apprehensive about such a life changing event as getting married but these doubts should not be taken lightly, particularly if it is the woman who has them. Certainly, don't believe that these doubts will disappear or be conquered by love. The author of the study said "If anything, problems will more likely escalate."

UCLA Psychology Professor and co-author of the study, Dr. Thomas Bradbury, said that communication and resolution of premarital doubts prior to marriage is the best possible solution because resolving them after marriage, a mortgage and two kids is not likely.

If you or someone you know is contemplating a divorce or having other family law related issues, it would be in your best interest to speak with an experienced attorney who is accustomed to handling those kinds of cases.

Allan R. Manka is an attorney in San Antonio who has devoted nearly 40 years to helping clients in a wide array of family law matters, including divorce. In addition to serving the people of Bexar County, he serves the citizens of Comal, Guadalupe, Wilson, Atascosa, Medina, Kendall, Bandera and other counties throughout the state. He also is proud to represent the servicemen and women at Lackland Air Force Base and Randolph Air Force Base.