Some Differences Between Military and Civilian Marriages 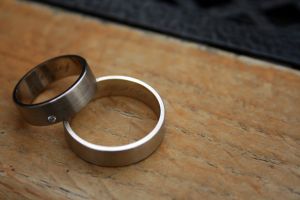 In the San Antonio area we have significant numbers of military families, in addition to our civilian population. Although there are some similarities between civilian and military lifestyles, there are as many differences that can affect the marriage relationship.

In civilian marriages, couples normally put his or her marriage first in their lives, above work and all else. In military marriages, however, this is not always possible since duty comes first. Everything else is secondary. Needless to say, this requires a patient and understanding spouse. Even then, making the spouses' relationship secondary puts an additional strain on a military marriage.

The marriages of U.S. Armed Forces service members often fail because of infidelity on the part of one or both spouses. There are always stories of lonely military wives hanging out at clubs and cheating on husbands who are deployed. Likewise, there are plenty of stories about military husbands who have affairs while deployed overseas or at home. Infidelity is an issue for military marriages just as it is for civilian marriages. Whether it occurs more in the military is subject to debate. Infidelity will likely continue to be one of the leading causes of divorce for all marriages.

Every day, military couples face the fear of one spouse being injured or killed when deployed overseas. This can make normal daily activities like work, school, and caring for children seem more difficult. The good news is that by staying busy, the at-home spouse can try to stay focused on something other than worrying about the well-being of their military husband or wife.

One of the most exciting times for military couples is when a spouse returns home from a tour of duty. It can also be a major adjustment as the husband or wife returning from duty works at reintegrating back into family life. This transition process is often made more difficult because of the physical and psychological energy one uses to defend our country.

Contrary to civilian couples, military couples often find it impossible to plan things in advance, such as children's birthday parties and holidays, because their Armed Forces schedules are set in advance. This makes changing a schedule very difficult, if not impossible, and subject to approval. All of this can be changed in an instant if the military husband or wife is needed for work, being deployed, or getting transferred.

Finally, one of the most common things civilian couples do when they come home from work is talk about what they did all day, what they worked on and how their day went. Often times, military couples are unable to do this because they cannot reveal details about their work, especially if their work and its details reamin classified.

Our military personnel who live on base see soldiers coming home from overseas on a continued basis. Some have injuries and some of their loved ones are notified that they will not be coming home. There is nothing that can compare to living on a military base in civilian life. As civilians, we only see what is on the news or in the newspapers and are, for the most part, isolated from the realities of war that exists for military couples.

Allan R. Manka is a Bexar County attorney with almost 40 years of experience handling family law matters, including military divorces. He has represented many such families from Lackland Air Force Base and Randolph Air Force Base, as well as the surrounding counties of Comal, Guadalupe, Wilson, Atascosa, Medina, Kendall and Bandera.