Under normal circumstances, a parent moving from one place to another would be a voluntary decision. For military personnel, that decision is far from voluntary, when they receive orders for relocation or deployment to some foreign country. Often it seems that military parents are treated unfairly when they return home to discover that they face a major custody battle regarding their children. 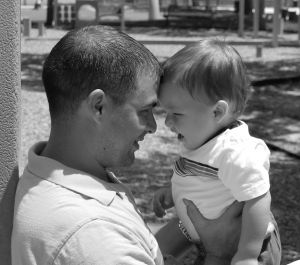 A national panel, called the Uniform Law Commission, consisting of some 350 influential attorneys gathered in Nashville, Tennessee during the week of July 16, 2012 to approve the Deployed Parents Custody and Visitation Act. This act would be comprised of a uniform code that states can adopt that will standardize custody rights for deployed parents. Although some states have been proactive in establishing laws designed to help protect the rights of military personnel, the rules across state lines have been inconsistent. Because of this, custody and visitation rights of deployed parents have turned into nightmares.

For example, a Navy Petty Officer was deployed in 2007, forcing him to leave his wife who was pregnant. When he returned home to Virginia to see his wife and daughter, he discovered that they had left Virginia and now were living in Arizona. His wife refused contact and would not allow him to see his daughter. Since the little girl was born in Virginia and that was the state of their residence, he requested the Virginia courts to order his wife to return the child to Virginia. The Virginia court declined to do so because of lack of jurisdiction, since the Petty Officer had been given orders to leave the state. After going through several attorneys, he feels that being in the military was a disadvantage in his fight for custody.

This jurisdictional issue is one that state courts have faced when military personnel have been assigned to a base in another state or deployed to a foreign country. Another is whether temporary custody arrangements put into place during deployment should be made permanent after a parent returns home. Unfortunately, states have no guidance on these issues and decisions have not unexpectedly been all over the board.

There have been attempts to amend the Servicemembers Civil Relief Act (SCRA) via Federal legislation to address custody and visitation protection for military parents but the Uniform Law Commission has been against this measure, since they maintain family law is a state's rights matter.

Certainly, there are very different and complex legal issues that arise in child custody and visitation disputes between military service men and women. If you or someone you know is involved in such a dispute, it highly recommended that you seek the advice of an attorney experienced in military family law matters.

Allan R. Manka is a San Antonio family law attorney with nearly 40 years of experience in a wide array of family law matters. A significant part of his practice has been devoted to helping military personnel at Lackland Air Force Base and Randolph Air Force Base, as well as serving individuals in New Braunfels, Seguin, Pleasanton, Jourdanton, Hondo, Boerne, Bandera, Floresville and others throughout the state.