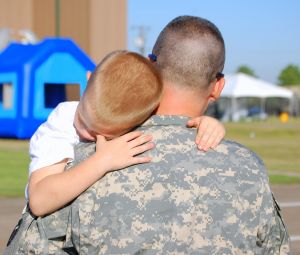 Although military officials are hopeful that this is an indication of a continual downward trend, they are hesitant to say that without having a declining divorce rate for more than one year.

Our San Antonio divorce lawyers are well aware of the problems facing couples serving in our military. We have represented many members who serve at Lackland and Randolph Air Force Bases nearby and are aware that age coupled with long periods of separation during deployment cause major stress in many military marriages.

Military officials recognize that healthy marriages are important to command readiness. They are continuing to improve existing support programs and implementing new ones to serve the needs of its service members.

One such program is the Army's Strong Bonds program that provides counseling and emotional support for couples. It is run by Army Chaplains and has the support of the Commanding Officer. The program gives participating couples the opportunity to attend retreat weekends to help them reconnect, strengthen relationships, provide hope and heal failing marriages.

The Air Force has a similar program for its nearly 16,000 married couples who are serving. Its Marriage Care retreats conducted by specially trained chaplains allows couples to getaway to a nice hotel to reconnect. There were more than 1,200 airmen and their spouses who attended 31 Marriage Care retreats during 2012. More are scheduled for 2013.

Unfortunately, while there is hope that this decline in divorce rates of all our military is the beginning of a new downward trend, divorces among military couples will continue to occur just as they do with civilian couples.

For military couples who have exhausted all other options, divorce may be necessary. For the most part, there are not too many differences between a civilian and a military divorce. However, one important difference is where to file. This can provide choices that might be favorable for other reasons, such as marital property distribution. For civilians, the suit for divorce must be filed in the state and county where you reside. Military couples generally have a choice where to file since they are not living in the state they are from, where they were married or have not lived in a state long enough to meet the residency requirements.

In order to meet the residency requirements in Texas, a member of the military must have been stationed in Texas for six months and lived in the county where the divorce is filed for 90 days prior to its filing.

If you or a family member serving in the military are contemplating or going through a divorce, you need to talk to a San Antonio lawyer who is experienced in handling military divorces.

The Law Offices of Allan R. Manka, P.C. have over 60 years of experience in a wide variety of family law matters, including military divorces.

Please contact us online or call us direct in San Antonio at (210) 807-8629 for a free confidential consultation.