September 1, 2012 is an important deadline for men who have been paying child support for children who are not their biological offspring. Texas Senate Bill 785, which was signed into law last year by Governor Rick Perry, provides a way for men to challenge mistaken determinations that they are a child's father and therefore are responsible for child support. Senate Bill 785 is now a part of the revised Texas Family Code, Section 161.005. It allows men to challenge paternity by requesting a DNA test, even after the birth of a child and signing an acknowledgement of paternity (AOP) form at the hospital. 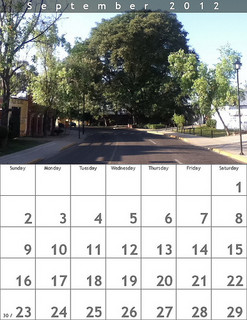 Time is of the essence for anyone who feels that they have been paying child support for one who is not their biological child. The deadline for filing a petition to contest paternity with DNA testing is September 1, 2012. After that, anyone wishing to contest paternity must do so no later than the first anniversary of the date that they became aware of facts indicating that they are not the child's biological father.

Up until Texas Senate Bill 785 was signed into law, it was only possible to challenge paternity with DNA testing prior to any legal designation of parenthood. Once a legal declaration of paternity was made, it was nearly impossible to come back later and challenge it even with DNA test results. Sometimes, this resulted in men being wrongfully told that they were the father of a child, accepting paternity and becoming legally obligated to pay child support.

In order to qualify for filing a petition to contest paternity, the petitioner must allege in sworn pleadings that he is not the biological father of the child. He must also allege that he signed an AOP or did not contest paternity previously because he was wrongfully led to believe that he was the biological father. Adoptive fathers may not file to terminate the parent-child relationship under this law.

After filing a petition for a hearing to contest paternity, the court will enter an order terminating the parent-child relationship if DNA tests reveal that the individual is not the biological father, and there is also proof that he was deceived by the mother.

This order would serve to relieve the obligation of the individual to make future child support payments. Unpaid back child support, prior to the date of the order, would not be affected. Also, there is no provision under the law to provide for the reimbursement of past child support erroneously paid. A birth certificate and other birth records can be changed using a court order stating that the father listed is not the biological father.

If you, a family member or a friend have been paying child support for someone who you believe is not your biological child, you should contact an experienced family law attorney before September 1, 2012.

Allan R. Manka is an experienced and recognized Bexar County family law attorney, who has helped many clients in San Antonio and the surrounding areas of Pleasanton, Jourdanton, Hondo, Boerne and New Braunfels, in addition to serving those at Lackland Air Force Base, Randolph Air Force Base and throughout the state.

Image credit: planeta via flickr, used under CC by 2.0 License