Air Force Divorce Rates are Highest of All Military Personnel 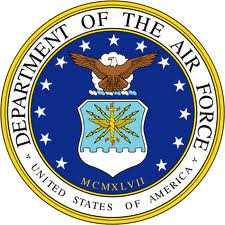 The U.S. Defense Department released information revealing that the military divorce rate for members of the U.S. Air Force was 64% higher in 2011 than it was ten years ago. Almost 30,000 marriages ended in divorce during 2011, as troop withdrawals brought couples back together after long periods of separation. The difficult adjustment of reconnecting as a couple after having been used to being apart, coupled with other issues such as money, affairs, children, alcohol and physical abuse all increase the chance of divorce for military personnel.

According to one Air Force Chaplain at Fort Jackson, South Carolina, the biggest issues confronting military personnel, particularly Air Force, are simply life and emotional changes of couples who might have known each other well prior to marriage but grew apart because of deployment, moves and the stress and strain of assignments. With some 15,647 married couples serving in the Air Force, keeping marriages together and happy is of utmost importance for the cohesiveness and performance of its units. There are some 500 chaplains who provide marriage counseling for airmen and their spouses. Special training for 50 of those chaplains allows them to run Marriage Care retreats, which provides couples the time to get away to a nice hotel and reconnect. Over 1,200 airmen and their spouses went to the 31 Marriage Care retreats provided and a budget of $740,000 was established for retreats in 2013.

One issue that military personnel must face when they decide to divorce is where to file. Since service members are prone to move around to different states, it is necessary to know what the residency requirements are prior to filing. In Texas, you must have lived in or have been stationed in Texas for six months prior to filing for a divorce. The other requirement is that you must have lived in or been stationed in the county where the divorce is filed for 90 days prior to its filing.

Once the residency requirements have been met, the handling of a military divorce is very much like any other civilian divorce, with a few exceptions. On December 19, 2003, the Servicemembers Civil Relief Act (SCRA) was signed into law to help protect the rights of active duty military personnel by providing and automatic 90 day stay in any civil court proceedings. Another huge difference is related to military retirement benefits provided under the Survivor Benefit Plan (SBP).

If you, a family member of a friend are military personnel and going through a divorce, it is in your best interests to seek the advice of an experienced military divorce attorney who understands the complexities attendant to them.

San Antonio family law attorney Allan R. Manka has concentrated his practice in the area of family law for over 40 years. Judges and lawyers alike hold him in high esteem and value his knowledge of family law. His practice includes military divorces, child custody and support matters and the division of military retirement benefits.

Attorney Allan Manka and his law firm have helped many clients in San Antonio and the surrounding areas including military clients at Lackland and Randolph Air Force Bases.